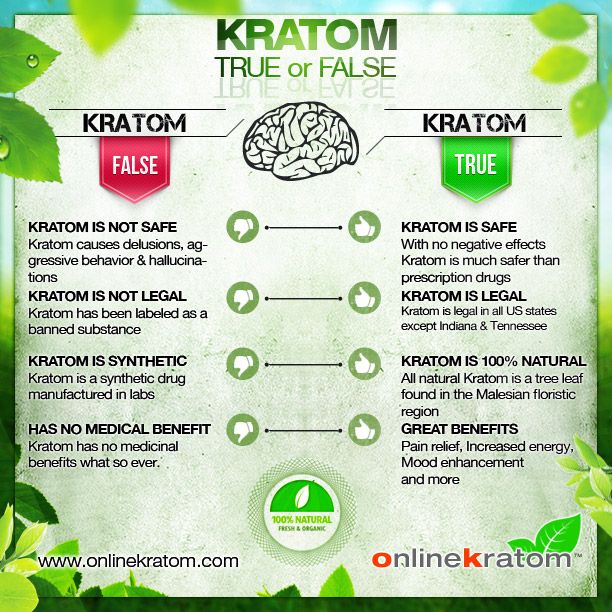 To all those people who were hopeless out there due to their medical conditions found a miracle drug that helped them get back to their normal life.

No doubt, kratom is a miracle herb. This article lists the top 15 health benefits of Kratom.

If you are experiencing medical conditions like pain, diarrhea, Opiate withdrawal, insomnia, and fatigue, you are at the right place, because Kratom is the magical cure.

Kratom is a plant belonging from the Mitragyna Speciosa family, native to the countries of Southeast Asia.

The leaves of this plant the alkaloids that are responsible for producing effects that benefit the health of a person.

Kratom leaves come in three types which include red, green and white. Each of these leaves produces different strains that have different effects.

The stem of Kratom is also used for medicinal benefits. Though Kratom contains more than 40 alkaloids, the major alkaloids are only two in number.

These are 7-hydroxymitragynine and Mitragynine. The effects produced by these alkaloids are mentioned below.

On our kratom benefits list, these are some of the effects that Kratom produces.

The stimulant action of Kratom is observed at low doses. This action allows people to work tirelessly and with minimum effort. Stimulation helps in getting energetic and in feeling the positive vibes around you.
This also has a positive effect on the mental health of a person. Those persons who feel lethargy and are quickly fatigued they need the right dose of energy and motivation to work which is provided by Kratom.
Unlike other CNS stimulants, it doesn’t give anxiety and jittery feeling.

The alkaloids present in Kratom are responsible for the painkilling effect. These alkaloids act on the opiate receptors present in the central nervous system.
These receptors in return respond to the alkaloids present in Kratom and via signal transduction, they send a message to the neurons and it acts by enhancing the release of enkephalins and endorphins.
Enkephalins, Dynorphins, and Endorphins are part of the analgesic pathways. These neurotransmitters act by suppressing pain signals that go from the periphery to the brain.
The Kratom strains that produce strong analgesia include Red Maeng Da, White Maeng Da, and Red Bali.
A low dose of 2 grams is effective in producing analgesic effects. The analgesia lasts for four to six hours, relieving pain in conditions like osteoarthritis, osteomalacia, osteoporosis, chronic backache, rheumatoid arthritis, joint pain etc.

All strains of Kratom act in a way to make you feel confident and optimistic but some strains are more euphoric than the others and thus they elevate your mood.
Borneo and Bali strains of Kratom at small doses ranging from 2 to 6 grams can induce a positive or a happy mood. Maeng Da, Thai and Malay strains are also well known for producing positive mood in a dose ranging from 1 to 4 grams.
For mild depression, a dosage between 0.5 grams to 2 grams has proven to be effective.
For moderate depression, 1 to 5 grams of Kratom can be taken. Green and white Kratom strains are productive in the regard that they help stressed persons a lot. Some mood-boosting strains are mentioned below;
Bali and Borneo Strains
Maeng Da
Malay and Indo strains

Kratom is not an opiate but it does have an action that resembles the action of Opiates. It is an agonist at supraspinal mu and delta Opiate receptors.
It interacts with the Opiate receptors but it doesn’t produce long-term dependency. It helps in returning the appetite to normal.
It helps in reduction of sleeplessness and pain associated with Opiate withdrawal. Also, it elevates mood and has an anti-anxiety action.
It reduces cramps, vomiting, and nausea associated with Opiate withdrawal. It reduces the cravings of a person for Opiate when it attaches to the Opiate receptors in the brain.
Some of the Kratom strains that are important in reducing Opiate withdrawal symptoms include;
Bali red vein
Sumatra Red Vein Powder
Maeng Da
Green Thai Powder
Green Malay

Anxiety is a term that is used for some disorders which include Panic disorder, social anxiety disorder, and specific phobias as well as generalized anxiety disorder.
The symptoms of anxiety include a feeling of panic, impaired sleeping, fear, uneasiness sweaty and cold hands, palpitations hypoventilation, dryness of mouth, tense muscles with cramps, nausea and sometimes vomiting, paresthesia of extremities, etc.
Kratom gives you a sense of well-being, and it soothes your nerves.
You feel relaxed and calm after taking Kratom and thus you start feeling the Anxiolytic action of Kratom. You will feel a noticeable reduction in nervousness.

Cognitive performance is a phenomenon that means the ability to bring the knowledge acquired by various mental processes in use.
The brain gets its energy from the nutrients and the diet we take.
Energy is generated after there is metabolism of the diet. Kratom is metabolized by the phase I and phase II microsomal enzymes which are present in the liver, into different alkaloids like mitragynine and 7-hydroxymitragynine.
These alkaloids act on the mu, delta, and kappa Opiate receptors present in the brain and the periphery.
Mitragynine is responsible for acting mainly on the delta receptors while 7-hydroxymitragynine acts on the mu receptors.
These opioids receptors in return are responsible for affecting the cognitive performance. Kratom is known to enhance the cognition of a person.

Kratom for improvement in focus

Kratom has some important alkaloids that help you in focusing on your work or your studies.
It does so by releasing larger quantities of acetylcholine that help you stay focused and prevent you from thinking diffusely.
Along with this Kratom evokes the release of dopamine and serotonin both of which are really important in increasing focus, attention span and keeping you motivated to do a particular task.

Being a psychostimulant, Kratom is known to relieve stress. It does so by the release of certain neurotransmitters that enhances the overall mood of a person.
These neurotransmitters are endorphins and serotonin. This way it can be rightly said that Kratom is a helpful aid and dietary component for people suffering from depression and other stress disorders.

At higher doses, Kratom acts as a sedative and thus helps a person in sleep.
Those persons who suffer from insomnia, night terrors or parasomnia can take Kratom to relieve it.
People who take a longer time to sleep, or wake up at the slightest disturbance can also take Kratom to have better sleep.
If a person has good sleep, he can function better during the daytime. The sedative action of Kratom occurs because it alters the sleep-wake cycle and regulates it.

The anticonvulsant use of Kratom is gaining importance in patients with epilepsy who suffer from seizures.
This effect is brought about by the action of Kratom in certain areas of the brain that regulate the coordination and movement of the body as well as the sympathetic tone of the muscles.
By regulating the nerve impulse discharge, Kratom helps in reducing convulsions.

Kratom regulates the parasympathetic system which mainly affects the gastrointestinal tract.
The higher firing rate of a nerve impulse from the parasympathetic ganglia present in the gastrointestinal tract can result in the increased motility of the large intestine thereby leading to diarrhea.
Kratom reduces the motility of the intestines and helps in making solid stools.

Kratom has an anti-inflammatory action, therefore; it is used in rheumatoid arthritis, osteoporosis, and osteoarthritis.
Kratom promotes healing and reduces pain, swelling, and redness at the site of inflammation.

The anti-oxidant action of Kratom can be compared to superoxide dismutase and glutathione which are the natural anti-oxidants present in the body.
Kratom prevents the formation of free radicals and thus protects the body tissues from injury.

Kratom regulates satiety center in the hypothalamus of the human brain. People who are obese can take Kratom to reduce their appetite and lose weight by using a natural herb.

The active ingredients or alkaloids of Kratom are 7-hydroxy mitragynine and mitragynine.

These alkaloids show agonism at the opioid receptors present in the brain. Also, they increase the sympathetic activity which results in the release of adrenaline and noradrenaline, also called the ‘adrenaline rush’.

This is responsible for the boosting motivation. Kratom also induces the release of dopamine and serotonin that are important in enhancing motivation levels. The Kratom strains that produce high motivation include;

Mentioned above are the top 15 health benefits of Kratom but the list doesn’t end here.