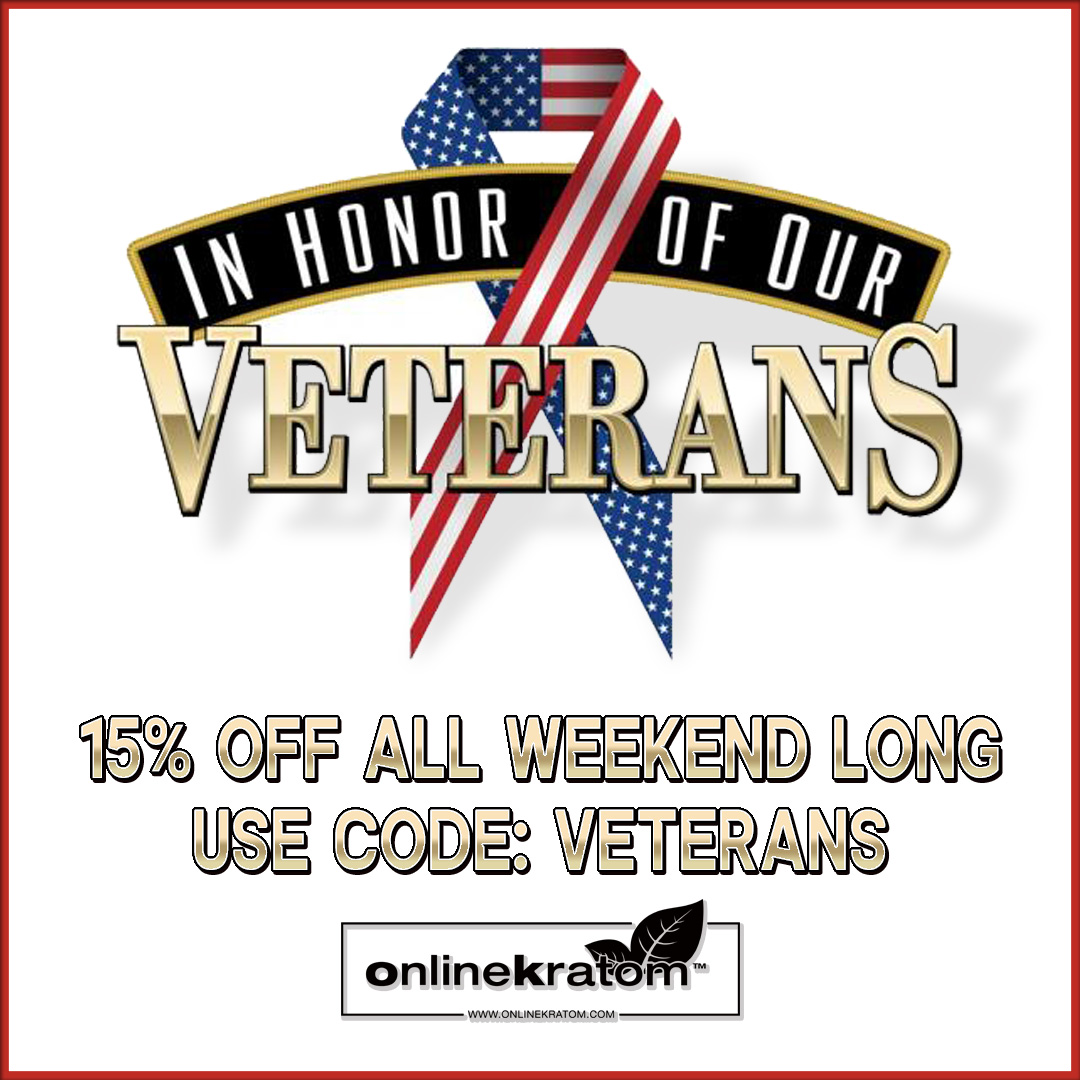 Kratom Sale at Online Kratom – 15% off all weekend long, in honor of our veterans and their service fighting for our freedom! Thank You Vets! Veterans Day is a time for us to pay our respects to those who have served. For one day, we stand united in respect for you, our veterans.

We celebrate and honor America’s veterans for their patriotism, love of country and willingness to serve and sacrifice for the common good. With out the service of these brave american heroes,veterans and active members of U.S. military across the country, the American way of life would not be possible.

Online Kratom is excited to announce the launch of Our Veterans Day Kratom Sale our newest Kratom sale that is going for the entire 3 day weekend as a tribute to our american soldiers both active and retired.

Thank you all for your service!

Use the coupon VETERANS to get 15% off all weekend long.

Veterans Day is an official United States public holiday, observed annually on November 11, that honors military veterans; that is, persons who served in the United States Armed Forces. It coincides with other holidays, including Armistice Day and Remembrance Day, celebrated in other countries that mark the anniversary of the end of World War I; major hostilities of World War I were formally ended at the 11th hour of the 11th day of the 11th month of 1918, when the Armistice with Germany went into effect. At the urging of major veteran organizations, Armistice Day was renamed Veterans Day in 1954.

Additionally, Veterans Day is not to be confused with Memorial Day, a U.S. public holiday in May; Veterans Day celebrates the service of all U.S. military veterans, while Memorial Day honors those who died while in military service.[1] It is also not to be confused with Armed Forces Day, a minor U.S. remembrance that also occurs in May, which specifically honors those currently serving in the U.S. military.